Simple Tips To Get Better Sleep 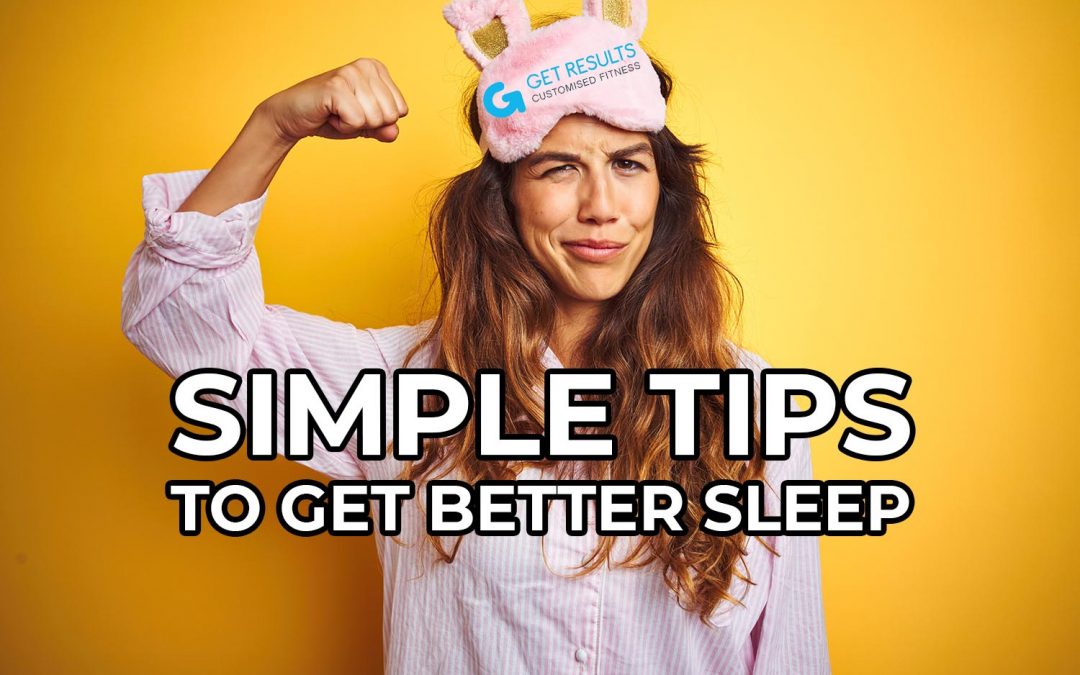 I decided to write this blog after listening to a podcast on sleep, because the information I learned from a neuroscientist called Matthew Walker was some of the best sleep guidelines I have come across.

As a side note I would also highly recommend you check out the podcast called Feel Better Live More by Dr Rangan Chaterjee as they have amazing guests on each week talking about some really relevant topics on how to improve our health and longevity.

Doctor Walker spoke of how sleep needs a better PR job done on it.

I have felt this way about sleep for a while now. When it comes to sleep it doesn’t get enough publicity and I believe this is down to the fact that you can’t make the same money from sleep as you could do compared to something like selling a meal replacement or workout plan.

He spoke about how sleep should be seen as an investment rather than a cost. So often it is portrayed that getting sleep is something that is costing you time. Time that would be much better spent answering more emails or working on that big project you have or maybe squeezing in an early morning workout at a ridiculous hour like 5am.

Doctor Walker states that sleep is an amazing investment for productivity, people who get enough sleep have been shown to get more things done in a day compared with their sleep deprived counterparts.

So by framing sleep as an investment, it will mean you are reaping much greater rewards in the long run and you might then in turn start to protect your bedtime.

Sleep helps every aspect of health; mental, physical, performance and wellbeing. It really should be the cornerstone from which we build all of our other health habits from. Someone who is getting enough sleep is much more likely to be within a healthy weight range, be more physically active and choose healthier foods.

In practise I have seen it so many times over the past twenty years, people who have been struggling with their weight or exercise consistency, if you then get them to focus on their sleeping patterns everything else almost magically gets better.

It was the practical advice that Doctor Walker gave that really impressed me the most though. Much of the tips he spoke about I hadn’t considered before.

Also, some of the research he cited contradicted previous information I had read regarding people’s sleep needs.

For instance he stated that there are different types of people when it comes to sleeping patterns. He described these as different chronotypes, which basically means some people are night owls and some people are morning people.

But the research is now saying differently. It looks like our sleep patterns could be controlled to a degree by genetic factors rather than just through our habits.

What is not up for debate however is that for optimal health we should sleep somewhere between 6-8 hours per night.

However Doctor Walker spoke about how it wasn’t simply a case of being in bed for 11pm and getting up at 7am. Doing this does not mean you have reached the target of 7 hours sleep. For that to be the case you would have to have had a sleep efficiency of 100% (basically been asleep the whole time you were in bed).

However he explained that a good health sleep efficiency would be around 85%. So chances are if you are only in bed from 11pm-7am you are not getting the required volume of sleep!

The tips he gave around pre sleep routines were very practical. He spoke about how anyone with kids will know that you can’t simply decide to put your young child in bed and tell them to sleep. You need to start getting them prepared for sleep a good 60 minutes before bedtime.

Working on winding them down by giving them their supper then a nice bath, followed by reading them a book, then hopefully by then they will be ready for sleep.

He says as adults we need to do the same. Many of us will still be answering emails, watching an exciting movie (or reading this blog!) directly before bed, and then expect to switch straight to sleep mode within minutes of getting to bed.

He stated however that the brain is not like a light switch; you can not just switch it on and off.

A tip he gave that I loved was, just as you would have a wake up alarm you should have a sleep alarm. This is an alarm that tells you it is time to start getting ready for bed.

He also suggested most people do the same as they do with their wake up alarm and allow time for snoozes. So if you are in the middle of something you have a little wiggle room to still be on schedule for bed if you snooze it a couple of times.

He encouraged that we should start getting ready 1 hour before bed by brushing your teeth, removing your makeup, getting a shower and into pyjamas well in advance of bed time.

By doing this you could gain a good 15-20 mins sleep each night. And over time this small accumulation of extra sleep has been shown to be very beneficial for your health.

So don’t wait until bedtime to get ready for bed!

After hearing this I realised that me going upstairs at 10.30pm to go to bed usually meant I would be in bed for nearer 11pm.

He also discussed how the pandemic has impacted sleep. There has been research showing that google searches for insomnia have increased dramatically.

He suggested that perhaps the stress of the past year is having a negative impact on people’s sleep and spoke about how now more than ever we should be practicing relaxation techniques (particularly before bedtime).

A benefit he did say that may have come from the pandemic was that people were sleeping longer in the morning, often due the commute being removed or when the school run was not happening, and this last part of the sleep cycle is what he called the emotional first aid. This is when the brain processes any emotional stresses we have and in particular trauma.

So the longer lies may be having a beneficial impact on people’s mental health, and again he says that even just an extra 15-20 minutes in the morning can be beneficial.

He also questioned whether this change in circumstances may be a chance for society to view how we structure our day.

Perhaps having our first meetings of the day online allows us to start a bit slower, avoiding the morning madness of peak traffic and getting ourselves presentable for the office.

This may allow for better sleep and therefore better health, and may mean that we are not shoehorning people into the mastering an early morning routine which society has forced us to believe is needed for success (probably by people who’s chronotype was favoured to early mornings).

For people with insomnia he suggested cognitive behaviour therapy as being a very successful method for helping people to overcome what can be a very challenging and debilitating condition.

For everyone else he said making small incremental changes like earlier beds, better pre sleep routines and creating a good sleep environment can all have very positive impacts on our sleep and therefore our health.

Sleep is like a bank account the more we get the more it compounds our health benefits.

I really liked the simple little tips like getting ready for bed earlier or lying an extra 15 minutes in the morning when you can. All simple ways to get more sleep, which will ultimately lead to better health. 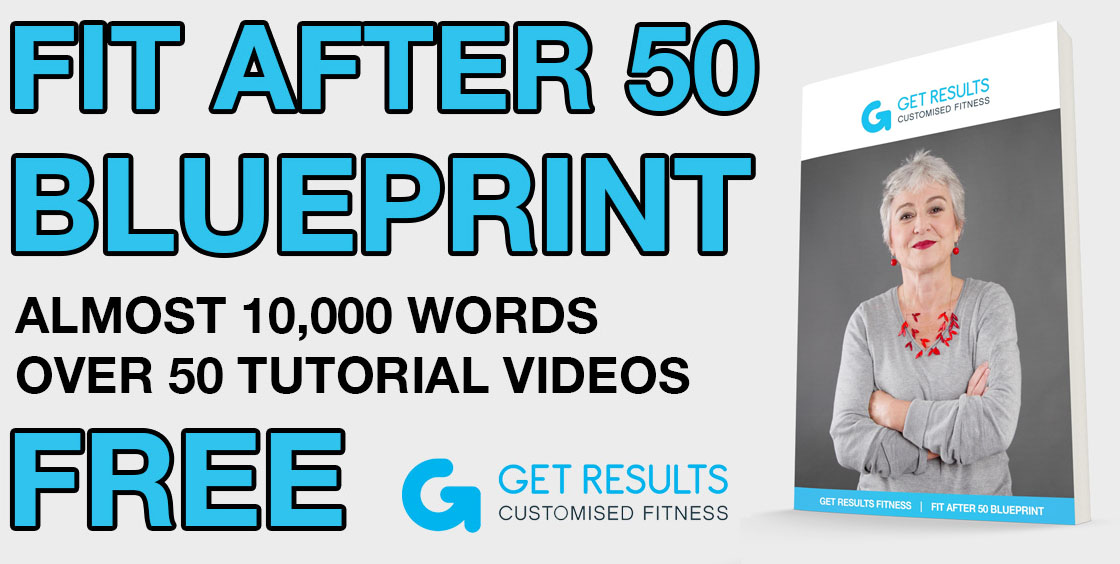 Or jump straight into online pt for just £55 per month

Below are a list of products we recommend that will assist your training.

All of the products are used by us, so you can be sure they are of good quality.

If you buy using these links we will recieve a small commission at no extra cost to you. This is an easy way for you to help support our online platform.